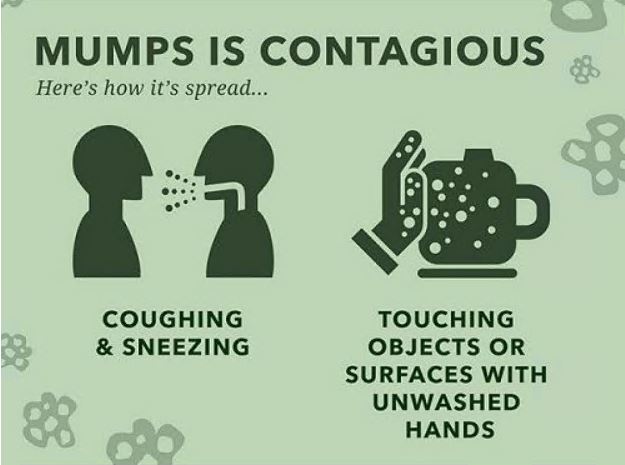 MUMPS OUTBREAK 2017 SUMMARY
In early January 2017, the Cape Girardeau County Public Health Center and SEMO University began active surveillance of a possible mumps outbreak. Additional cases began to be reported when students returned to campus after the Christmas Holidays. Individuals experiencing symptoms were instructed to stay home for a period of five (5) days once symptoms had appeared. Area physicians were notified of the outbreak and were provided with assistance on confirmatory testing.

To address the issue, the area infectious disease task force was activated and met to review approaches used during previous outbreaks of mumps at other universities. College age students typically have already has two doses of the MMR vaccine, which are about 88% effective at preventing mumps. As of March 2017, the Missouri Department of Health and Senior Services recommended a third MMR vaccine for students at Southeast Missouri State University as a measure to help control the outbreak. This decision was based on discussions with local health officials and guidance from The Centers for Disease Control and Prevention (CDC) in outbreak situations.

The Cape Girardeau County Public Health Center, in corporation with Southeast Missouri State University, conducted a mumps vaccination clinic at the Towers Complex on the University Campus on March 7, 2017.  583 doses were given to members of Greek Fraternities and Sororities due to an association of all confirmed cases with Greek groups. Outside of the vaccination clinic, vaccines were also administered at the Health Center and the Campus Clinic to students and community members that requested and met guidelines for a third dose per the Missouri Department of Health and Senior Services.
As of June 16, 2017, a total of 73 confirmed cases (64 SEMO students and 9 Cape Girardeau County residents), 21 probable cases and 1 suspect case were reported.  The initial case reported to the Health Center had a date of onset of December 13, 2016.  Cases, by date of onset, reached a peak of 14 during the weeks of February 12-March 4, 2017.  A significant decline in cases by date of onset occurred during the week of March 12-18, one week after a mass Mumps vaccination clinic was held at Southeast Missouri State University.  The last date of onset of a confirmed case was May 7, 2016.  The standard incubation period for Mumps from time of exposure to onset has a range of 12-25 days (25 days would have been June 1, 2017). For more information on mumps, please view our Mumps Frequently Asked Questions that was used during the outbreak or visit https://www.cdc.gov/mumps/.
Navigation
Community Health Assessments
‍Asthma Management
Common Office Visits
‍Communicable Disease Surveillance and Reporting
Daycare Consultants
Flu Immunization Clinics
Healthy Communities Coalition
HIV-AIDS Case Management
Immunizations
Mumps Outbreak 2017
Pregnancy Testing & Temporary Medicaid
Rural Health Clinic
Sexually Transmitted Disease Clinic
Tuberculosis Screening
WIC
News & Announcements